Content that, in appearance, is seamless to the experience of the platform, but is in reality paid placement. It doesn’t look like an ad, it looks like any of the other content except that the relationship is transparently identified.
Monica Bussolati

A form of paid media where the ad experience follows the natural form and function of the user experience in which it is placed.
Sharethrough, Dan Greenberg

Native advertising is an online advertising method in which the advertiser attempts to gain attention by providing content in the context of the user’s experience. Native ad formats match both the form and function of the user experience in which it is placed.
Wikipedia

Native advertising refers to a specific mode of monetization that aims to augment user experience through relevant content that is delivered in-stream.
Mark Sherbin on ContentMarketingInstitute.com

Native advertising appears as some kind of content (text, images, videos, graphics or a combination thereof) so that this content looks less like advertising and more like it’s part of a story or the rest of the content you’re ingesting.
Hollis Thomases, Entrepreneur. Digital Ad Industry Analyst

Native advertising integrates high-quality content into the organic experiences of a platform. As a form of content, native advertising does not interrup flow and is equal with user interaction.  It is not renamed advertorial, nor is it ad boxes.
Solve Media (great infographic at link)

A study from researchers at Cal Poly that looked at how older people perceive native advertising compared to younger readers and guess what? Does having native advertising make a news site less credible? Their study says no.
Nieman Lab

“I define native advertising as an ad format that must be created specifically for one media channel in terms of the technical format and the content- (ie the creative that is placed within that format). Both must be native to the channel on which they appear and unable to be used in another context.”
Mitch Joel

…the ads that mimic editorial content…
Lucia Moses on AdWeek

The distinction between sponsored content and native advertising is a bit squishy, but

[if] you do need to make a distinction, then I’d say that sponsored content is material designed simply to convey information to the readership of the publication in question, while native content tends to aspire more to going viral, and being actively shared by that readership.
Felix Salmon, Reuters

The contributors section to Forbes in which people with domain expertise are able to become Forbes writers and post what they think is good and Forbes gives them a lot of data. The next step in monetizing that network by allowing companies to become contributors for a fee.
Lewis Dworkin, Forbes – BrandVoice

12 Examples of Native Ads (And Why They Work) 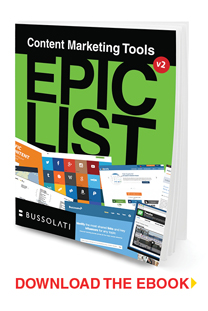